Remember Those in Prison 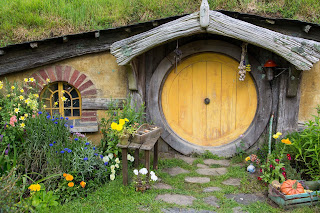 Sorry for using another metaphor with Tolkien’s Hobbit tales. For the uninitated reading this, hobbits are very much like people, only shorter, live in a green, lush countryside they call ‘the Shire’, and have round doors on their homes. Those who are familiar with this fiction will know that the above idyllic scene of hobbit comfort was not the main context of the story. The final scene of his book, Return of the King, has the hobbit Frodo battling with the last bit of strength that he has at hell's doors. In the end, he is saved not by his effort, but by intervention from without that one would have never expected—a picture of Grace working in the midst of human horror.

I use this picture because, as I write this, our brother Raymond, missionary in prison,  is in a Frodo-type situation. He has battled against false-accusations and been thrown into solitary confinement for his troubles. Imagine a cell the size of a large cleaning closet, moldy walls, one window but no lights, and pitch dark at night. Guys scream obscenities, break out the window, and just for kicks, break the fire-sprinkler pipe. You can never get away from the noise. One prisoner raps about killing an entire family. Another breaks through the concrete wall with goodness knows what. Raymond writes that sometimes it's helpful to have the noise--it drowns out his own sobs.

No visitors allowed, except for a voluntary, weekly, 10-minute one from a prison chaplain, if he feels like it, or doesn’t forget.

There are men who have been in this situation for years.

You do get a shower, once every ten days or so. A guard leads you down the hallway on a leash, treating you like the dog that you are assumed to be. 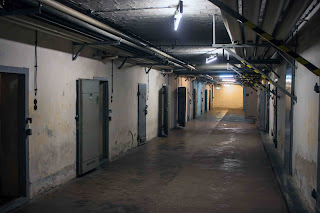 Raymond wrote, “I wish we could have met during the first 14 years of my faith . . . I prided myself back then of being a victorious Christian. People who knew me back then will tell you I was a loving, approachable, humble man of integrity.” Raymond has forgotten that we did meet, in 2008, when he first started the prison-initiative theological training program. From those who know him now (I’m not allowed to visit him), he hasn’t changed, he is still a man of integrity, a man I look up to. His criminal deeds lie well in the past, he is a new creation in Christ (2 Cor. 5:17).

My heart breaks because I feel partially responsible; in encouraging Raymond to visit Muslims in solitary confinement, I should have realized he was entering a spiritual battle that was like sending him into a buzz-saw. Without adequate prayer support, anything can happen, and obviously did.

Please pray for Raymond. Scripture says that we must ‘through many hardships enter the Kingdom of God’ (Acts 14:22). Obviously those on the ‘front lines’ of service suffer more than others. Some get thrown into Job-like situations that mirror the sufferings of our Lord. He wrote that he 'hates his life' now.

But those of us looking on can join in, too, through our intercession.

Just one more thing: I'm writing to Raymond every day now--the only thing that gets to him is snail mail. Today I wrote that I want to be there in heaven when Jesus pins that Ultimate Medal of Honor on him. Then I'll take my little ribbon (if I get one, but I'll be happy just to be inside the door!), and together we can throw them back in worship at Jesus' feet.

What a day that will be! Finally home! The Shire won't compare with that Garden-City! And Raymond and I can have a good long visit. And though I'm not sure of my Scripture references here, I think I'll have a good cup of tea, and he can finally have coffee with cream and sugar, whenever he wants.