Telling the Story--to Muslims, too! 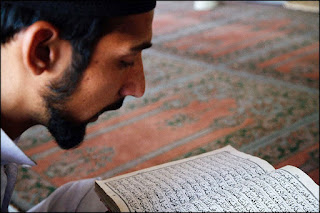 During this past year, one of our national directors made a visit to the Middle East. His observations are very insightful and helpful, so we’ve summarized them for you.
In many countries we are left with a struggle of trying to understand why radical Islam is so attractive to young people, and on the other hand to try and engage in some preventative measures.

I landed in this particular country three times during my trip, an island on the Persian Gulf that serves as a turnstile for masses of humanity traveling to many different countries. One impression stayed with me: there is no such thing as ‘Islam’ as a single identity. Although the 1.6 billion adherents to this religion do have an Ummah, or ‘community,’ they represent a huge diversity. In the airport I saw Muslims from Saudi Arabia, Malaysia, Afghanistan, Syria, Egypt, the Gulf States, Central Asia, and many African countries as well. They all adhere to the same religion, but there is a great variety in the way they live it out.

Fear is a Bad Advisor
I often meet Christians who live in dread of Islam and Muslims. Neglecting the many different facets of this religion, they try to generalize their way through to what can only be a very ‘flat’ conception of it. The problem is that this only tends to produce more fear and distance between us as Christians and Muslims as people. But telling Christians to ‘stop being afraid!’ probably won’t help, either. Ultimately, it has to do with our own faith in Christ. Should we let our fears paralyze us, or lead us to wise and loving actions?

Our Answer is Jesus
During my visit, I had the opportunity to talk at length with five Islamic scholars. As we enjoyed coffee and dates together, they explained to me the ‘advantages’ of being a Muslim. They wove their arguments skillfully together, and told me why Jesus cannot be the Son of God, and why the concept of the Trinity has only caused confusion about God in Western minds, and that there is only one logical conclusion to make of the whole thing: to follow the Qur’an as the final revelation from God. I didn’t want to start an argument, so instead, I asked a few questions, and in the process of that, contradicted their statements at just a few, critical points.


As I started to talk about my own personal relationship with God, these men suddenly perked up their ears. I asked them if I could share about why I am following Jesus, and when they gave me permission I realized that they were listening very carefully to what I said. I told them the story (Mark 2:1-12) of how four friends brought a lame man to Jesus. I related to them how he forgave the man’s sins, knew what the religious leaders were thinking, and healed the man with one single command. Muslims know as well as we Christians do that forgiving sins, knowing others’ thoughts, and the healing Voice are all divine prerogatives.  This Gospel story shows that Jesus is not simply a good man or a prophet. And for the first time, most likely, these very religious men, who have spent a lot of time interacting with ‘Christianity,’ heard a story from the Bible.

I’m sure that Jesus will not let them off the hook!
Posted by Reach Across at 3:01 PM